Hiroshima Prefecture is a popular destination for visitors inside and outside of Japan. It is known globally for the two World Heritage sites, the Hiroshima Peace Memorial and Itsukushima Shrine. In Japan, it is known for its tram system, delicious oysters, and for the staple dish, okonomiyaki.

Okonomiyaki, which literally translates to “grilled as you like,” is a savory crepe-type dish cooked on a hot plate and packed full of a healthy mix of vegetables, seafood, and meat. There are two main styles of okonomiyaki in Japan: Osaka and Hiroshima. Osaka okonomiyaki looks like an omelet, with the filling cooked in the batter. But the Hiroshima style of okonomiyaki not only cooks the batter and filling separately, it also adds a big serving of Japanese yakisoba noodles to the mix.

From Snack Food to Signature Food

The predecessor of okonomiyaki was popular as a snack for children in those days.

Okonomiyaki in Hiroshima is said to have started out as a savory crepe type of snack for children in the 1920 and 30s. It was a thin crepe folded in half and filled with green onions or cabbage. At first, people stuffed the crepe with whatever vegetables they could find, but later began adding more and more ingredients like eggs, noodles, and local seafood. By the 1950s, the dish developed into the Hiroshima okonomiyaki that we have today.

Hiroshima okonomiyaki is made by first baking a crepe out of a simple batter. You top the crepe with vegetables, meat, or whatever ingredients you are using, and while being cooked, stir-fry some yakisoba noodles. Then you quickly flip the crepe and vegetables over to place on top of the noodles. Next, you crack an egg on the hot plate, make a simple omelet, and then carefully slide everything on to the egg before flipping the whole thing over. Cover it with brown sauce, then add green onions, dried bonito flakes, and dried seaweed sprinkles, and it’s finally ready to eat. Grilled omelet and crepe on the outside, succulent vegetables, meat, and umami-rich, stir-fried yakisoba noodles on the inside, Hiroshima okonomiyaki is full of different textures and flavors.

Cabbage, beansprouts, and other vegetables are piled on top of the crepe in huge helpings.

Chefs cook several okonomiyaki at once on a large steel hot plate.

Many of the stalls that set up selling okonomiyaki in the 1950s were located in Shintenchi in downtown Hiroshima City. While the stalls have long gone, you can still taste a variety of different okonomiyaki at Okonomimura, a 4-story building with more than 20 okonomiyaki restaurants. As well as the standard fillings, you can also try okonomiyaki topped with cheese, or filled with local oyster, or even select a vegetarian option.

Okonomiyaki has gone from being a snack for children, to a signature food of Hiroshima. The tangy scent of the sauce wafts from every street corner, inviting you to step inside. And once you’re seated, you’ll realize there’s no better way to work up a Hiroshima okonomiyaki appetite than sitting in front of a hot plate and watching the chef skillfully put your meal together. It’s impossible to resist! 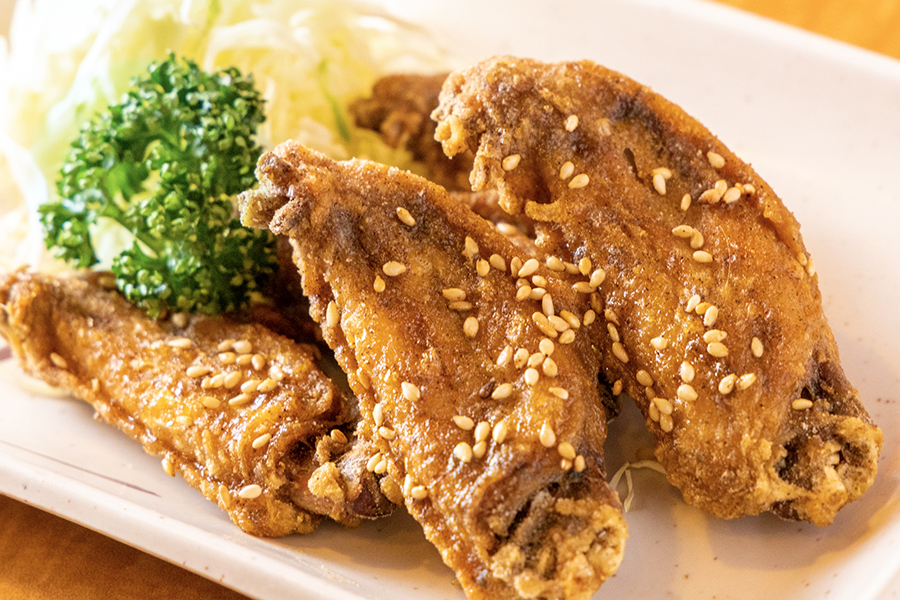 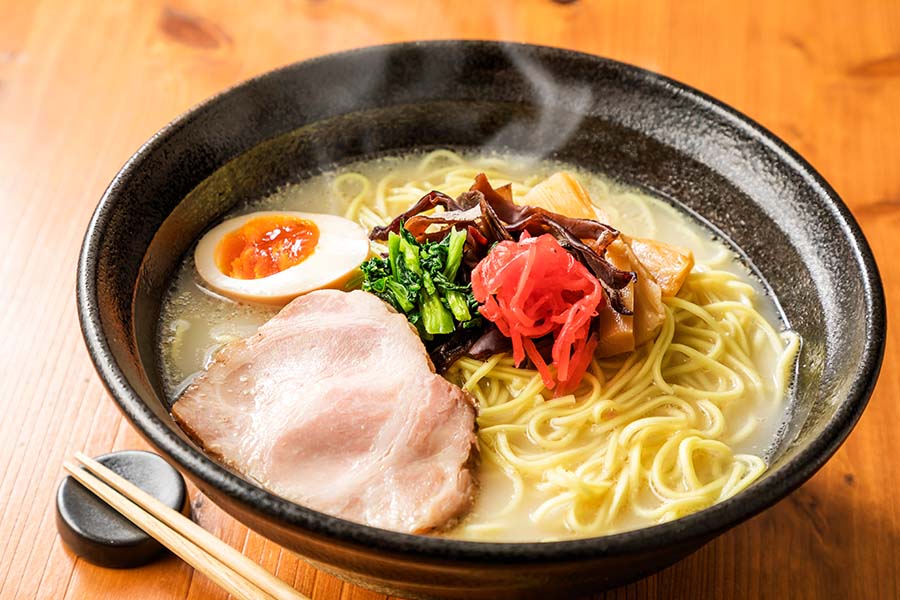