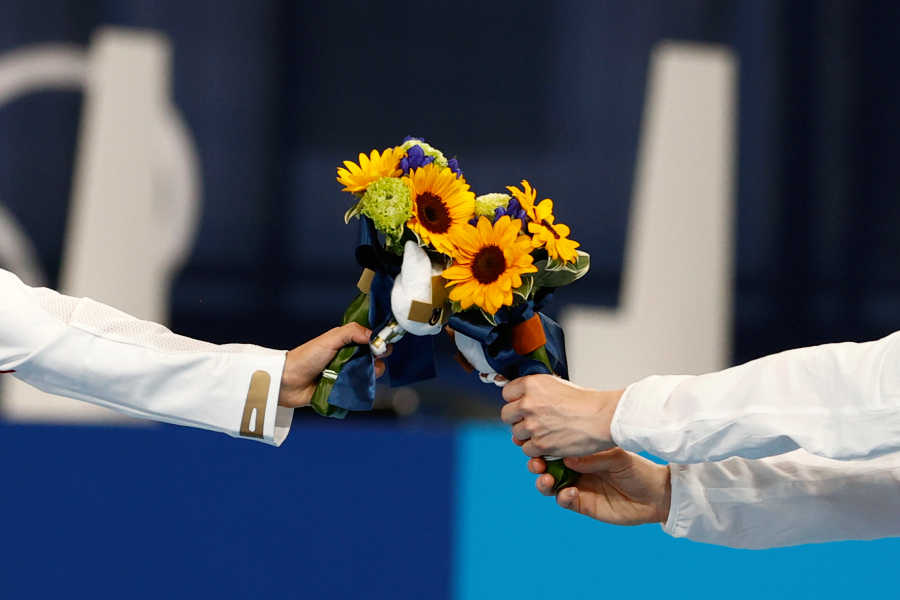 Victory bouquets are held by athletes in their moment of triumph on the winners' podium of a sports competition. There are a myriad of sought-after attributes for bouquets given to winning athletes, such as their color, shape, longevity, size, the strength of their stems, and many more. Here are some examples of selective breeding and cultivation techniques, and smart agriculture in the production of flowers for victory bouquets.

New Chrysanthemum Trend in Victory Bouquets Given to Athletes

A flower seen in victory bouquets more often recently is the chrysanthemum. Chrysanthemums usually bloom for two weeks, or up to a month in winter, so they are beginning to be used as ornamental flowers in bouquets and suchlike for their rich color and shape, as well as how long they last.

Japan is one of the world's leading producers and consumers of chrysanthemums, as they are used to pay respects when visiting graves, among other uses. Chrysanthemums are also known as the emblem of the Imperial Family of Japan, and a chrysanthemum design is also used on Japanese passports.

A Japanese passport with a chrysanthemum design

With chrysanthemums, it is common to employ a technique using electric lighting, whereby light is shone on plants at night during the early stages of production to make the day longer than the night. This is done to inhibit flower bud induction as a preparatory step to increase the splendor of the flowers.

Chrysanthemum greenhouses are equipped with a variety of facilities to accommodate changing cultivation conditions.

When you think about sunflowers, you probably imagine a tall, thick stem and a large, round flower with a neck crooked forward, but in 2018, a seed company developed a small sunflower which was the first in the world to bloom straight upward. They are now available for use in bouquets.

(Left) A sunflower facing directly up due to selective breeding.
(Right) A conventional sunflower. (Photo courtesy of Takii & Co., Ltd.)

This sunflower is perfect for bouquets with its crisp, sharp petals and strong yet narrow stem. Because the flowers face upward, they can be packed in boxes without worrying about the orientation of the flowers, which reduces the amount of shipping-related work.

This sunflower bouquet, with its vivid colors, will further brighten an athlete's beaming smile

Tokyo 2020 Olympic and Paralympic Games, which were held in 2021 under the theme of the "Recovery Olympics," brought back the use of victory bouquets for the first time in three competitions. Sunflowers from Miyagi Prefecture, which was severely damaged in the 2011 Great East Japan Earthquake, were selected to celebrate the victories on the world stage. Even in the disaster-stricken areas, sunflowers have been a symbol of hope for people to latch onto.

The Miyagi Prefectural Institute of Agriculture and Horticulture teamed up with flower producers to meticulously configure how the flowers are cultivated, including watering, fertilizing, and the spacing of the seeds, and the small sunflowers they produced perfectly complemented the smiling faces of the athletes.

Prairie gentians from Namie Town, Fukushima Prefecture, were another flower selected for use in victory bouquets for the Tokyo 2020 Olympic and Paralympic Games.

In Namie Town they incorporate smart agriculture using information technology. Not only can the flower patches be checked on via a smartphone, you can also check the temperature, humidity, and soil moisture in real time, making it possible to share the best information on cultivation techniques.

Following the earthquake, the cultivation of prairie gentians had to be started from scratch, but by incorporating information technology into the production process, they have managed to produce high-quality flowers that are highly regarded in the market.

Attracted by Namie Town's high-quality cultivation technology and the warm character of its flower producers, more and more people are moving to the area to get involved in its novel methods of agriculture. The production of flowers in Namie Town is a real hope for regional recovery.

Victory bouquets highlight the joy of victorious athletes. They provide hope and joy to people involved in the production of flowers across the country.