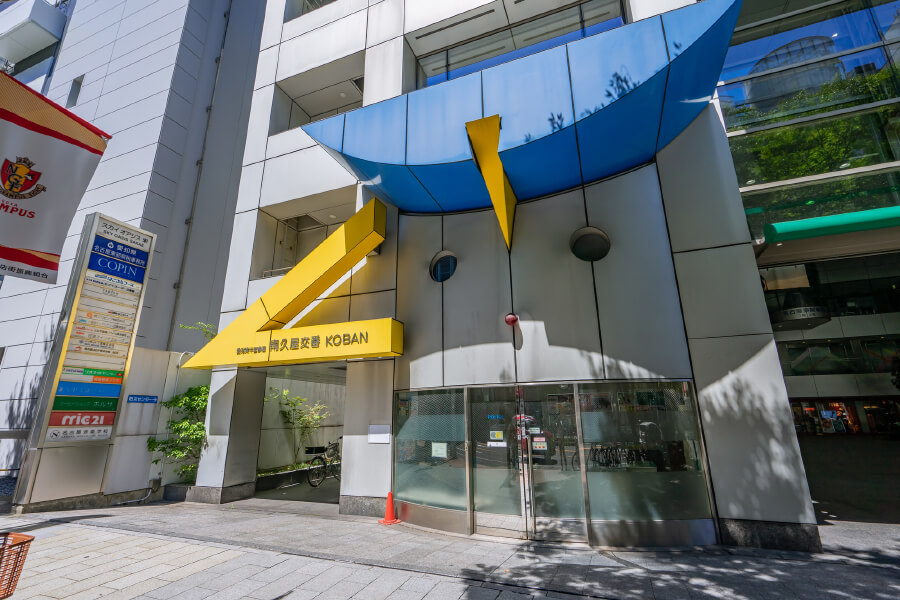 The Minamihisaya Koban in Aichi Prefecture looks like a police officer saluting.

Japan is peaceful, and is recognized as one of the safest countries in the world. One factor that helps keep Japan peaceful can be found in the “Koban” located in many areas in the city. The Koban is also called a “police box,” but people around the world are familiar with the Japanese word. This article introduces the role and origins of Koban.

Koban have a long history. It is said that the modern-day Koban originate from the Kobansho created in 1872. However, the Kobansho at that time were not facilities where police officers were stationed all day like they are now. Instead, they were for police officers to stand in, go on patrols, and help local residents.

This old Koban is simpler in construction compared to today’s ones, and it is not designed for police officers to be stationed there all day
(Source: National Police Agency website
https://www.npa.go.jp/hakusyo/h16/hakusho/h16/index.html)

Koban in their current form were established in around 1888. Kobansho came to be called Hashutsujo (local police station; literally, “place for dispatching”) instead, and were placed across the whole of Japan.

By the way, there is another type of facility called Chuzaisho (also known as a police substation or residential police box) that serves the same role as Koban but police officers live inside it while they work. There are about 8,100 Chuzaisho across Japan.

The Japanese manga Kochira Katsushika-ku Kameari Koen Mae Hashutsujo was awarded a Guinness World Record for the most volumes published for a single manga series, and its setting is based on a real-life Koban. This is one example that goes to show how Koban have a close relationship to the lifestyles of people in Japan and are an essential part of life. The manga is set in Kameari, Tokyo. In this location you can find the Koban that the manga is based on, as well as bronze statues of the manga’s main character, a police officer.

Koban Have Many Different Roles Apart from Keeping the Peace

The main role of Koban is to protect the safety of the local area through police officers going on patrol, responding to incidents and accidents, and investigating crimes. However, the amazing thing about Koban is that they help people in many other situations as well. For example, police officers at Koban take care of children who got lost, they give directions to people who cannot find their way, they keep lost property for owners to collect, and they listen to the worries of local residents. The role of Koban is for police officers to serve as a close presence in people’s lives on a regular basis—not just when an incident happens—and to offer total support so that people in the local area can live each day with safety and security. It is no exaggeration to say that people in Japan can enjoy daily life with peace of mind because the Koban are present nearby.

Also, in recent years, to assist the increasing number of foreign residents and tourists from abroad, the word Koban is displayed in English letters, signs with directions show easy-to-understand information on the locations of Koban, and more Koban have been assigned with police officers who can communicate in other languages beside Japanese. Japan’s Koban have a role to help people from around the world, not just those living in Japan.

In the modern day, Koban have been recognized around the world as a system that is unique to Japan, and this system has been exported to countries across the globe under the name “Koban.” Countries in Latin America and Asia have implemented the Koban system. This has demonstrated clear results, such as a drop in murder cases by 20% over 10 years in São Paulo, Brazil.

A Koban in the State of Minas Gerais, also in Brazil (Photo provided by JICA)

Japan’s Koban Are Also Fun to Look at

Koban are absolutely essential to people living in the local area, and they continue to evolve further in recent years.

A design Koban in front of Ueno Zoo in Tokyo. With a distinctive roof, it almost looks like a work of art.

The Sukiyabashi Koban in Yurakucho, the center of Tokyo, is a historical Koban that was set up in 1872.

This design Koban in Shibuya, a key location for young people, looks like the face of a huge robot.

The Koban in front of Chiba Station is a familiar sight, and is called by the nickname Fukuro Koban, or “owl Koban.”

Japan’s Koban protect people’s safety and security, and keep watch over us with a clearly recognizable presence. The hard work of the people at these Koban help build Japan into a country that boasts one of the highest levels of safety around the world.