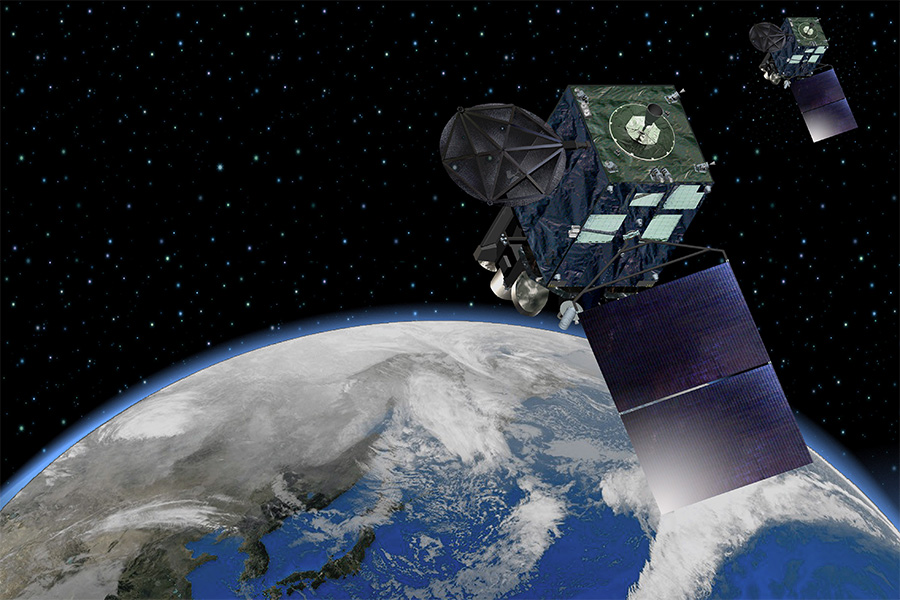 Since ancient times, Japan has been hit with heavy rain, typhoons, and other natural disasters, so its ancestors engaged in many different kinds of efforts to develop technology for forecasting the weather. In the present day, weather forecasters in Japan make comprehensive decisions by collecting multiple kinds of observational data and making numerical forecasts with supercomputers or other devices, while also referring to observational data from weather satellites, weather radars, and a system called AMeDAS. Based on this data, weather forecasters give weather reports and issue alerts or other information. The Japan Meteorological Agency’s AMeDAS (Automated Meteorological Data Acquisition System) automatically sends measurement data about rainfall, wind direction, wind speed, air temperature, humidity, and other details from about 1,300 stations. AMeDAS is also used for mapping the risk levels of heavy rain, flooding, and other hazards. It analyzes rainfall information from radars and associates this information with past hazard data to create color-coded images every 10 minutes that show areas of possible danger. This technology is used for the Japan Meteorological Agency website and a smartphone application created by a partner company to help citizens in disaster prevention.

An example of an AMeDAS station. (Photo provided by the Japan Meteorological Agency)

An example of a risk map. (Image provided by the Japan Meteorological Agency)

Contributing to Other Countries with Observations from Space

Weather observation in Japan reached out into space in 1977. Currently, two satellites—Himawari-8 (starting in 2014) and Himawari-9 (starting in 2016)—work together to observe the weather. These weather satellites orbit at the same rate as the Earth spins, and they continually observe meteorological phenomena like typhoons, low pressure systems, and weather fronts. There are few observation points on sea for typhoons, so it is particularly important to use satellites to monitor them. Himawari-8/9 have a “high-frequency dynamic observation function” for observing any given point every 2.5 minutes, letting them automatically follow typhoons and observe them in an intensive manner.
Also, the Japan Meteorological Agency conducts a service called Himawari Request that uses the satellites to perform observations in response to requests from meteorological agencies in other countries. With this service, the satellites observe the relevant area within about an hour after receiving the request, and they send observational data in real time. Countries that receive information through this service can stay alert and carry out measures against natural disasters at an early stage. In this way, Japan’s Himawari weather satellites contribute to reducing the risk of hazards in other countries as well.

An example of color images that could only be captured by Himawari-8 and later satellites (here, an image of a typhoon), and Himawari-8 with Himawari-9. (Images provided by the Japan Meteorological Agency)

Examples of images provided through the Himawari Request service (Left: The Republic of Kiribati in the Pacific Ocean / Right: A cyclone in Australia) (Photos provided by the Japan Meteorological Agency)

The Cray XC50, a supercomputer dedicated to tasks related to weather. (Photo provided by the Japan Meteorological Agency)

Weather forecasts in Japan have seen dramatic increases in precision through progress in numerical forecast models and technological innovation in computers. Ever since the Japan Meteorological Agency installed a large computer in 1959, it has continued to carry out improvements. Currently, the Agency is running the Cray XC50 (theoretical maximum performance of 18 petaFLOPS; main memory storage of 528 terabytes), its 10th supercomputer dedicated to tasks related to weather. This machine uses 17 types of forecasting models to calculate changes in wind, temperature, and other factors over time in order to predict the state of the atmosphere.
The K computer was the first in the world to perform a simulation of the whole Earth’s atmosphere at an extremely high resolution. In 2015, it demonstrated that it was possible to predict the occurrence of a typhoon about two weeks in advance. With the latest supercomputer Fugaku, research and development work aims to predict the occurrence of concentrated heavy rainfall and other events with numerical forecasting at an early stage. This system uses observational big data sent every 10 minutes from Himawari-8 and other equipment. 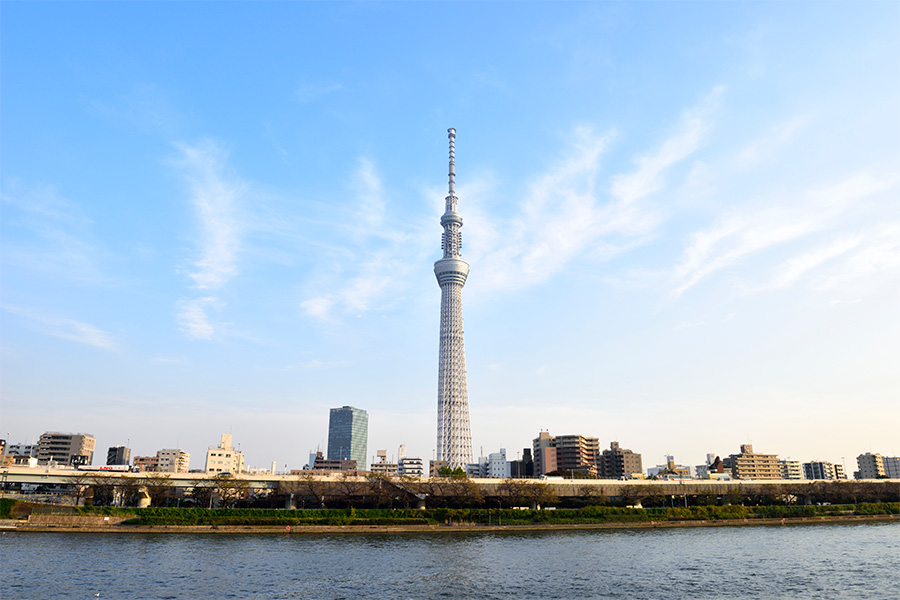 TOKYO SKYTREE (634 meters tall; about 2,080 feet) is famous as the world’s tallest free-standing broadcasting tower. It is also a highly valuable research station for the world, with many observational facilities assembled in it for researching the atmosphere above the city. The tower helps with cutting-edge research by utilizing its height. At 497 meters (about 1,631 feet), research is carried out to understand the properties of lightning that occurs above the city, and at 458 meters (about 1,503 feet), aerosols are collected from the atmosphere and analytical research is carried out on the particles that cause cloud droplets to freeze. Around 250 meters (about 820 feet), research is carried out on the carbon dioxide and other greenhouse gases in the atmosphere that are discharged from Tokyo. The research at this height is expected to be able to estimate the origin of these emissions (such as whether the gases come from plants or fossil fuels).

The positions of research facilities in TOKYO SKYTREE. (Adapted from material supplied by ©TOKYO SKYTREE)

Dr. Ryohei Misumi from the National Research Institute for Earth Science and Disaster Resilience observes cloud droplets at the 458-m point of the tower. He says: “The characteristics of TOKYO SKYTREE allow us to measure the size and number of cloud droplets within clouds, as well as to make accurate comparisons with the data from cloud radars. Currently, we know that we can detect rain 17 minutes before it falls, and we aim to be able to detect sudden heavy rain and other events at an early stage. We hope that people who work outside in particular can use this time to act and protect their lives.”

It is said that the frequency of heavy rain and extreme heat has increased due to climate change and other factors. The results of a simulation about a future rise in air temperature produced with an Earth system model was announced in 2004, bringing a shock to people worldwide.

Images showing a simulation of air temperature change between 1950 and 2100 using an Earth system model. You can see from the colors that the air temperature increases. (Images provided by the Japan Agency for Marine-Earth Science and Technology)

The Japan Agency for Marine-Earth Science and Technology developed this Earth system model, and it gained attention worldwide in 2018 when it used AI in weather predictions to successfully detect the potential for a tropical cyclone with high precision one week before it occurred.

AI was used to analyze a large number of tropical cyclone images. (Images provided by the Japan Agency for Marine-Earth Science and Technology)

In Japan, national institutions and private companies actively pursue research and development using AI, and research is also carried out on weather forecasting that utilize AI. We should keep our eyes peeled in the future about weather forecasting technology, with advanced research continually carried out to help reduce damage or prevent disasters by being prepared for natural disasters, and to help solve global environmental issues.