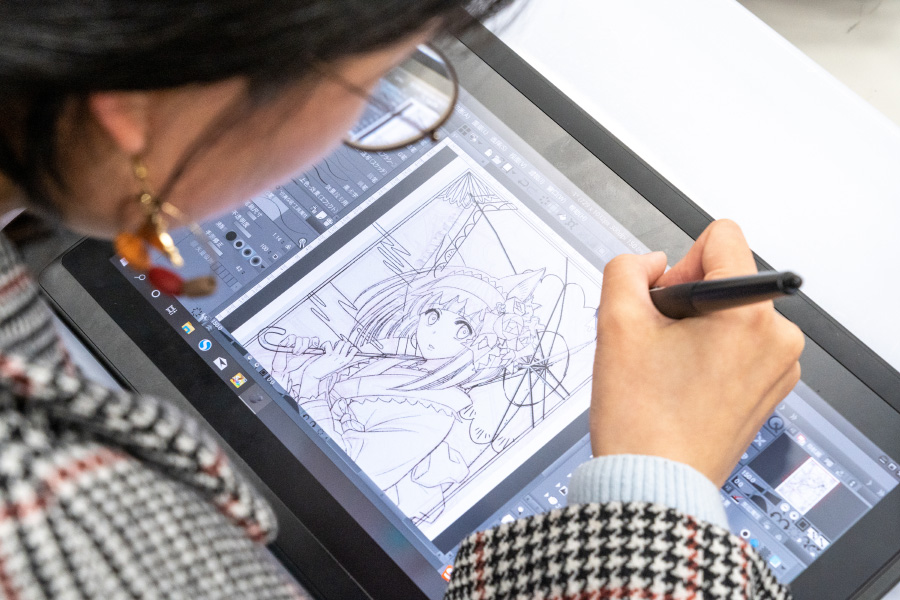 Anime from Japan is recognized around the world. Many people are captivated by the wide range of Anime in Japan and come to visit the country. Japan is a powerhouse for Anime, but did you know that it has a large number of schools where you can learn the things you need to work in Anime in the future? This article looks at schools that train Anime creators and other professionals who do work related to Anime.

There Are Many Schools in Japan Where You Can Study Anime!

There are many high-quality Anime shows and series in Japan with stories that both kids and adults can enjoy, so anime is well-loved by a wide range of people. New ways of having fun with anime have also taken root, such as “pilgrimages” to locations that appear in Anime shows, or “cosplay” where people dress up like Anime characters. The Anime market in Japan is large in scale. Anime is also broadcast in many areas abroad and is enjoyed by people worldwide. Apart from Anime production companies, Japan has many schools where you can study Anime as well, and there is an extensive range of creators across the country. All of these factors contribute to prosperous activity in Japan’s anime industry.

A College with a manga Department: Graduates Go on to Find Success!

Kyoto Seika University is located in Japan’s historical capital of Kyoto. This is the first and only college in Japan to establish a manga department. The college’s Faculty of manga has an animation course where students can learn all the expert techniques and theory related to creating Anime. This faculty has produced many creators.

A photo from a “Structural Expression in Animation: Practice” class.

Equipment in the sound studio.

We spoke to Takana Shirai, who graduated from this faculty and is now successfully working as an animation director for a movie. She said: “My studies at Kyoto Seika University and the life-changing encounters with the people there have made me into who I am today.” What kinds of things did she study?

“LIVE KIDS,” a creation that she worked on during her second year at college.

A TV commercial for Biwako Broadcasting that she worked on during her third year at college.

“Trip Trap Map,” a creation that she worked on during her fourth year at college.

“Kyoto Seika University has an environment where you can try using a wide range of Anime techniques, such as drawing and 3D computer-generated graphics. In addition to the basics of Anime, I also learned how to think on my own. The teachers have successful careers in the workplace as well, so by learning from them I gained an industry perspective. I focused on adding my own self-expression and on delivering a message to people as I worked on my assignments. I gained friends and we engaged in healthy competition together. It encouraged me to keep going. Japan has a lot of information about anime, so it is a good place for studying Anime. Good luck and work hard—I will too!”

Making an Original Anime at a Vocational School

There are vocational schools in Japan that focus on training the necessary skills for a job. Vocational schools teach practical, professional techniques, and they nurture specialists in many different fields. There are many vocational schools, and a high percentage of people find a job after studying at one of these schools.
Tokyo Animator College in Japan’s capital of Tokyo has an Animation Department, where all of the teachers currently work as animators themselves. Students can work on professional orders while they are enrolled in the college, and some students even become professionals right afterward owing to their ability. There is a popular subject at this college, where everyone in the class works for about a year and a half to create an original Anime. Starting from the first year of college, all students collaborate and split up different parts of the work, such as creating the story, making the characters, and adding color. Through the classes in this subject, students can understand the process of Anime production, they can develop teamwork while learning from one another, and they can enjoy a sense of fulfilment with their friends at the exhibition for graduates (after finishing their second year) that shows the culmination of their studies.

An example of making a character. Character profiling: creating a document that defines the appearance and colors of the character.

Character drawing: drawing the character so that it will move in an animation.

Digital painting: using a computer to add color to the drawings.

Filming: combining the character with the background and other elements to make a video. (Photos provided by Tokyo Animator College)

The Japan Animation & Manga College is in Niigata City, a location with thriving activity in Anime production. Many international students go to this vocational school. These international students study the Japanese language thoroughly through Anime and other materials before enrolling in this college. One student from Taiwan said: “There was a pleasant atmosphere for me to study, and I gained detailed knowledge about Anime production and the Anime industry.” You can also study 3D software at this school using the latest equipment. Students also work to create “VTubers,” a recent trend in 3D computer generated graphics that involves making a virtual character (or “avatar”) and streaming videos as this character. Graduates gain cutting-edge skills, and they seem to advance to the game industry as well as the Anime industry as people who can make immediate contributions.

A photo from a “3D Motion Capture Manipulation: Applied” class. People’s movements can be recorded digitally to achieve motion that looks like a real person.

If you love Anime with a passion, you can study at a school to gain refined techniques and aim to go professional. However, you need proficiency in the Japanese language to learn at a school in Japan. If you want to study Anime in Japan, you can make your plans while looking at the Study In Japan site that has information on international student programs and other details about going to Japan for study.

Anime creations produce emotion by moving a large number of images every second. Generally, these creations are produced by a team of experts in different fields coming together and splitting the tasks between themselves. For example, some people think about the story, some design the characters, some draw the storyboards, some draw people’s movements, some only draw the backgrounds, some add the voices, and some direct the production. Each work of anime is produced through many processes and after a long amount of time by these experts using their imagination and techniques. If you want to be an Anime creator in the future, why not go to an Anime production school to engage in thorough study?